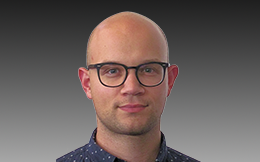 Denan graduated from Curtin University in 2009 as electrical engineer before working as design engineer in the oil and gas industry. Following his keen interest in power systems, Denan moved through the Western Power graduate program before working as design engineer in the Lines and Cables team. In this role Denan was responsible for transmission Overhead and underground design as well as earthing design and assessment, including third party designs impacting Western Power easements. Throughout his career Denan has also held various teaching and lecturing positions at the University of Western Australia and e-central TAFE.

In 2016 Denan joined the Safearth team as Consulting Engineer based out of the Perth office. In this role Denan has been heavily involved in greenfield and brownfield earthing system design, site testing and commissioning of new plant across the mining, petrochemical and utility sectors.

Get all the important updates & offers in your inbox!

Join our mailing list to receive email updates and offers about the current conference and/or future events.